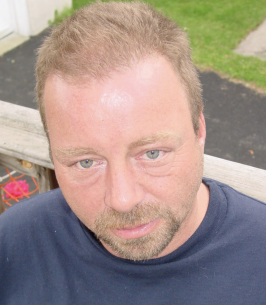 Born and raised in Salisbury, Wiltshire, England, he came to the United States in 1968 with his family, settling in Butler, NJ. He lived in Lincoln Park for some time and has been a resident of Little Falls since 2018. For many years, he owned and operated Allied Asphalt and Construction in Lincoln Park and recently was a construction project manager for several development companies in New Jersey. He was a former owner of Tiger Fighting Arts Karate Studio in Caldwell and was a 6th-degree black belt in several martial arts disciplines. He was also an accomplished guitarist and a founding member of his rock band "Show Down" in the 80's. Martin had an exceptional engineer mindset, a professional tinkerer, who designed many self-inspired inventions including an internal-blade helicopter prototype as well as a bullet-proof police shield. He always excelled in any venture he took on.

He was always fun-loving and had a wicked sense of humor and lived up to his infamous name, "Party Marty." Even though a heart attack in 2017 slowed him down, he didn't lose his amusing wit and his endless knowledge and stories. His keen interest in physics inspired his nephew, Christian, to enter the field of engineering.

Pre-deceased by his parents, Peter and Jean Futcher, he is survived by his loving sister, Sandra Bolcar, her husband Robert, and his nephew Christian whom he adored.

In lieu of flowers, donations may be made in his memory to the American Heart Association.

All rights reserved. This obituary is also archived at obittree.com